Kirtesh and Rachna were spending the weekend in New York City and enjoying all the city has to offer: fine dining, Broadway shows and sightseeing.

What Rachna did not know that Kirtesh has been planning to propose in the Conservatory Garden of Central Park.  After a lovely picnic in Central Park the couple walked over to the lily pool and Secret Garden sculpture where Kirtesh dropped down on one knee and asked Rachna to marry him with a stunning yellow diamond engagement ring from Tiffany’s.  She said Yes!  To say she was surprised would be an understatement.

After the proposal the couple and I walked around Central Park and the Upper West Side to celebrate their engagement.  Congratulations to Rachna and Kirtesh!! 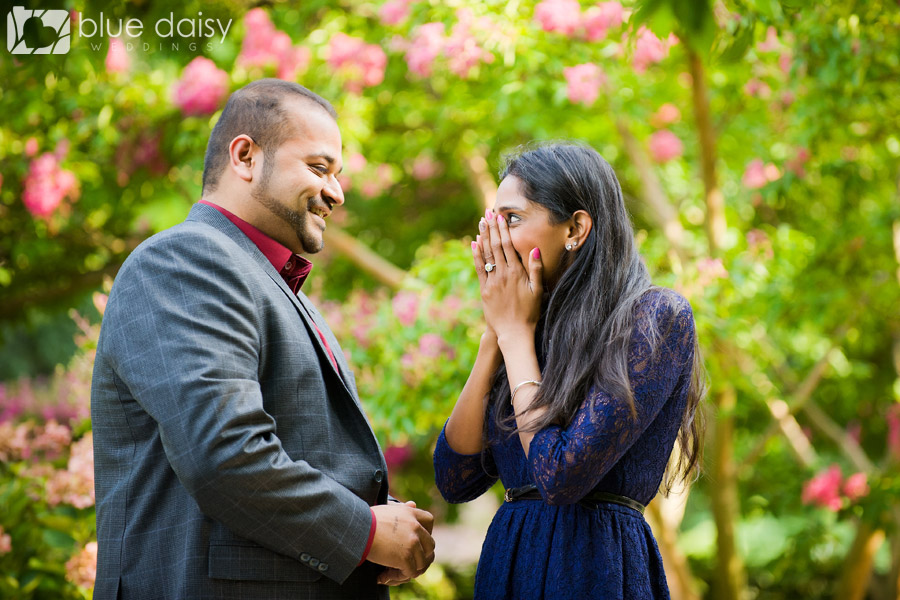 If you are planning to propose in New York City and would like it to be documented please contact me – I would love to talk to you!