Brooks has contacted me from Texas with his plan to propose to his girlfriend, Shelby, while visiting New York City in December.  Brooks has chosen the romantic and iconic Central Park setting, the Gapstow Bridge, to ask Shelby to marry him.  Passerby New Yorkers and tourists witnessed as Shelby said Yes many times with great enthusiasm.

After the proposal, the couple and I walked around Central Park and the streets of Manhattan to capture the first hour of their engagement.

Congratulations and best wishes to Shelby and Brooks!! 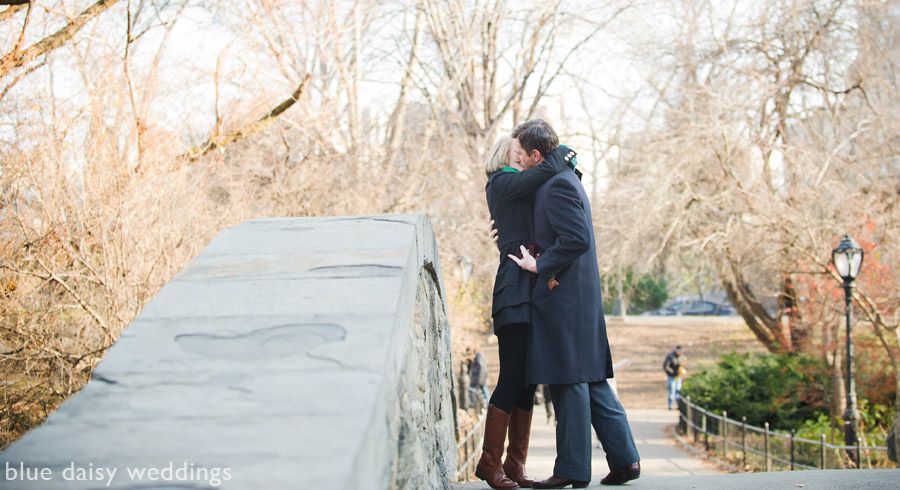