I was so excited that the Chicago Tribune featured one of my photos in their recent article about marriage proposals.

The journalists interviewed Sarah Pease The Proposal Planner and the couple, Danny and Tanvi, whose proposal I photographed earlier this year.

Here is the link to Danny and Tanvi’s proposal on my blog: Danny proposes to Tanvi

Here is the link to the full Chicago Tribune article: An original proposition 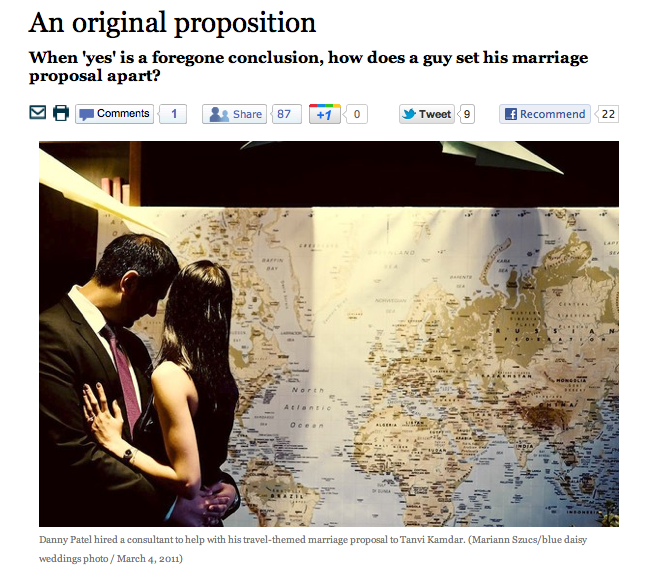 wedding planner nyc - Aha..!! This one is something unique. Like the way you did this.