Lifting of the bride’s veil

This Throw Back Thursday photograph is, from Melissa and David’s wedding that took place in the Brooklyn Botanic Garden in the summer of 2006.

The couple was having a traditional Jewish ceremony outside in the garden.  Melissa, the bride was walking down to the huppa with her parents and just before they reached David, the groom, Melissa’s father lifted her veil to present her to the groom.

It was a beautiful and emotional moment for the bride, the bride’s parents and the groom as well.

The tradition of lifting the bride’s veil goes back for centuries.  You can read more about it on Wikipedia and some bridal blogs. 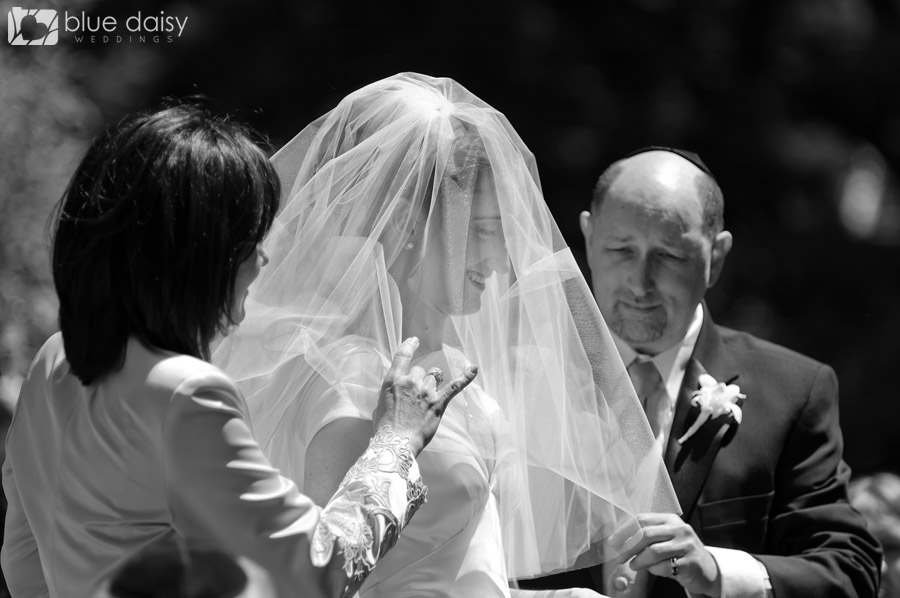 « North Fork vineyard wedding Love and laughter and a zebra »